The Urban Alliance on Race Relations reviewed the City of Toronto Executive Committee EX2.1 – Council Advisory Bodies for 2014-2018 Term of City Council and advocated for a committee that builds upon equity, diversity, inclusion and human rights for our increasingly diverse city.

As a result of our collective submissions, the City of Toronto executive committee “directed the City Manager report to Executive Committee in 2015 on establishing an Equity Advisory Committee with a mandate to advise Council on race relations, gender equity, LGBTTQ issues, immigration issues and refugee issues.”

This is an example of the important role played by equity, diversity and inclusion organizations and leaders in ensuring that equity issues are on the table in the halls of decision making.

Our letter to the executive committee called for the establishment of an Equity Committee with a broad mandate to deal with intersectional issues of race relations, gender equity, LGBTTQ, immigration and refugee issues is copied below and is also available online at http://www.toronto.ca/legdocs/mmis/2015/ex/comm/communicationfile-50757.pdf

Letter to Mayor John Tory and the Executive Committee

Dear Mayor Tory and Members of the Executive Committee,

The Urban Alliance on Race Relations was established in 1975 to educate and advocate on issues of anti-racism, and to work to maintain stable, peaceful and harmonious relations among the various ethno-racial groups within the Greater Toronto community. We celebrate our 40th anniversary this year.

Together with other community groups, we have had a long track record of working with City Council through its advisory committee structure to help develop and implement policies on race relations and other equity issues.

In recent years, however, this formal structure has been drastically changed to the point that only issues affecting the Aboriginal and Disability communities would have regular status reports for consideration at Council.

At this important beginning of the new Council, we urge the Executive Committee and the whole Council to consider establishing an Equity Committee with a broad mandate to deal with intersecting issues on race relations, gender equity, LGBTTQ, immigration and refugee issues.

It is important that the new City Council sends a strong public message that the City Motto ‘Diversity our Strength’ includes, not just the important equity work taking place inside the public service, but also an official structure, championed by Council, that seeks valuable advice from community partners to ensure that the Motto becomes a reality in every corner of the City.

Thank you very much for your consideration of this letter.

Similar Submissions were also made by the following community leaders and organizations: 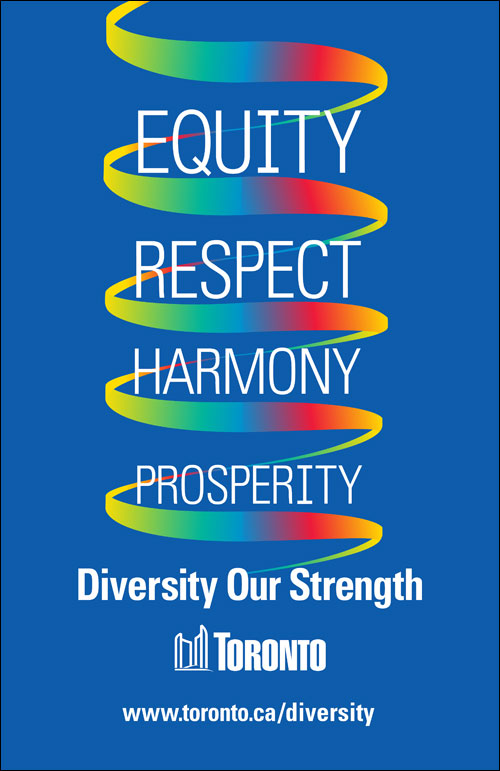